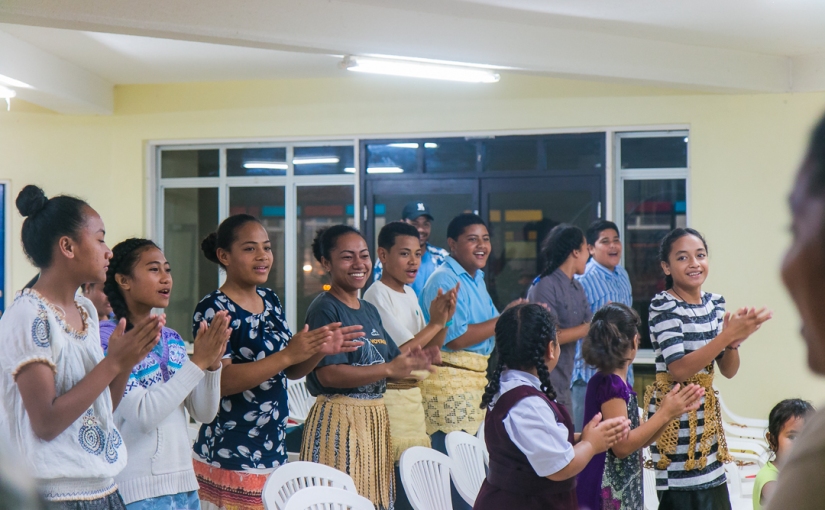 Every year teams made up of students and staff plan a week-long ‘Mission Project’ to different universities and tertiary institutions within Fiji and neighboring countries. This year our destinations included Suva, Nadi, Samoa and Tonga! TuMa joined the Tonga team while I joined the Nadi project team.

‘Overcoming our faith barriers’, a challenge from the June Voyagers Conference was what the students took with them as they set out to meet new students and share with them the Good News of Jesus Christ.

For some, raising funds for the mission trip was a faith barrier they overcame, and others simply sharing the gospel to strangers was beyond them. Some students shared that stepping out of their cultural comfort zones and sharing with ethnic Indian students (most of whom are either Hindu or Muslim) was something they never dreamt of doing; even though nearly half the population of Fiji are of Indian descent.

Here’s what Mesa (a student) writes:

The sharing was exciting and they were really intrigued as what we were sharing. I have felt that I just conquered one of my greatest challenges. What motivated me the most was that early the next morning, while we were still having our training, I received a  text from one of the Hindu friends saying that he was really motivated by our sharing and that he was thankful about it. He was thinking of making a really big “change” in his life. I was really inspired by this and this boosted my willingness to go out and reach more, touch more lives and save more souls for Christ.

Praise the Lord for just enough students on the Namaka campus for the project students to not only focus on their comfort-zone iTaukei but also our ethnic Indian brothers and sisters.

Another student, Pita, shared that his faith barrier was not ‘stranger oriented’ but in sharing with an old friend from high-school. One whom he used to get up to a lot of mischief with back in the days. This was of course, if the Lord allowed their paths to meet again in Nadi.

Our last day on campus ended with a combine fellowship and a game of touch and volleyball with the Namaka students. This was it, Pita thought, but just as he got onto the playing field, he spotted his old mate on the sideline and knew instantly the tugging on his heart was an indication to quit the game, go over and say hi. The ‘hi’ turned into a late lunch catch-up and gospel presentation by Pita, to his friends’ surprise. Pita was honored that day to be the Lord’s vessel in leading his old mate to Christ.

by TuMa
What a great blessing to join Sai and a team of 11 students to the beautiful Kingdom of Tonga. We were just blown away by the hospitality and friendship. God is working mightily in the Kingdom. At this point I should point out that we currently have no full-time staff in Tonga and the students go out of their way to organise weekly gatherings with other Christian fellowships.
Nafetalai:

“It’s not about the label; Navigators, or Cru, or CF. When we gather on Mondays for our Connexion on campus, it’s just a group of believers that want to worship God together”. 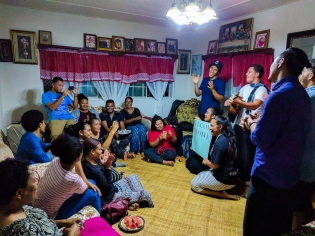 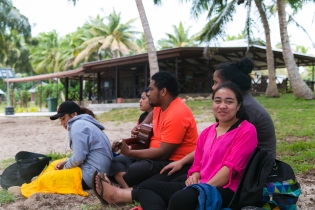 Picnic with the students. 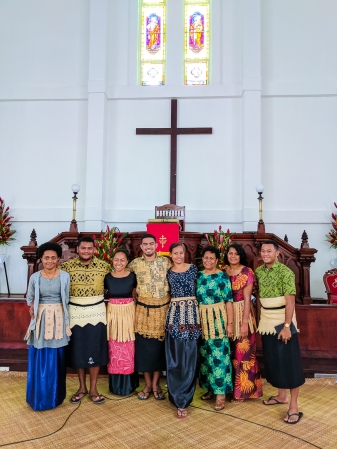 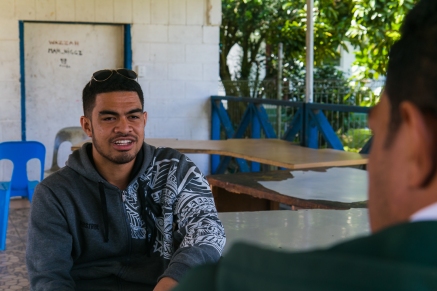 Kami sharing with a student at TTI. 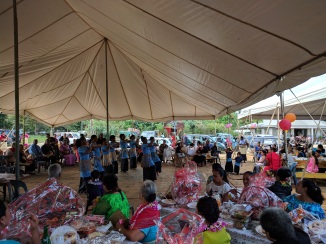 Girls performing at a church celebration. 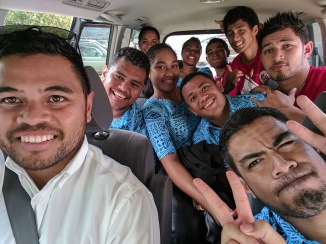 Time for some ice-cream.
During our time there the team was able to share with students at USP and Tupou Tertiary Institute. We had a total of 120 spiritual conversations and 70 gospel presentations over the course of the week.
My favourite part of the project was just building relationship with the students leaders in Tonga. Many of whom were sacrificing their time and money to be with the team that week. They joined us for our trainings every morning and accompanied us on outreaches to schools and churches and team retreats. We also had a fellowship meeting at Tupou Tertiary Institute where I got to share a bit about the Holy Spirit and living the Spirit Filled Life.
Tasi:

I’ve really felt the presence of God while being a part of the outreach and trainings this week. My parents try to discourage me from coming, they don’t really understand the reason why I’m doing what I’m doing but that’s okay.  I know this is what God’s called me to do and I know it pleases Him. That’s all that matters.

Here’s Tasi singing “Ulo mai ho’o maama” as we farewell our Tongan friends at the airport. I swear this clip makes me tear up everytime.

467 exposed to the Gospel

iTaukei (Fijian) missionary with Cru serving in the Pacific Islands alongside his wife Judith (ni-Vanuatu) and their two kids. View all posts by TuMa

One thought on “Mission Projects”

This site uses Akismet to reduce spam. Learn how your comment data is processed.